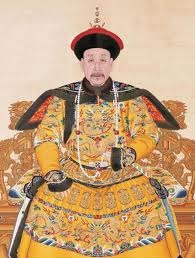 Li Cheng is a fictional character based on a successful member of the Merchant Class, one of the four classes in Ancient Chinese society.  During that era any foreign trader operating in Japan would have had to be careful and have powerful connections in order to remain in Japan as a foreigner. Trading and diplomatic ships were generally routed through Hakata (near modern day Fukouka) during the Heian era, but that does not mean there were no foreign traders that came by other routes. In The Accidental Samurai Li Cheng was trading in Southern Honshu and had been to Heian-Kyo. He had been in Japan for many years. Someone like Li Cheng could have come on a route that landed in Southern Honshu surreptitiously or could have come through Hakata and stayed in Japan if he became a subject of Japan. It is also possible that he landed in a small trading vessel with the support of powerful local or national connections.

Sakanoue no Yuka is a fictional character based on a person who was likely real, but whose name is not known. In The Accidental Samurai she is the sister of Sakanoue no Mochiki, who was a real person. The names of Mochiki’s siblings, assuming he had any, are unknown. Yuka is a kind and smart person who values great art for art’s sake. If Mochiki had siblings this would likely have been true of them given his standing as a poet and the nature of Heian Era Aristocracy.

Taira no Shizuka (平らの静か) is a fictional character, but he has some real life counterparts. In The Accidental Samurai, Shizuka is a skilled assassin hired by Saneyori to assassinate the Emperor. The plot is foiled, however, by Bar Asher and the Kunai-Kyo. There are accounts of spies and assassins in the Heian era, most famously Hasetsukabe no Koharumaru, whose exploits and sad end are documented in the 10th century chronicle called the Shoumonki. Some believe these early spies and assassins were precursors to the 15th Century Ninja, but beyond the fact that both had great skills at camouflage and fighting, the link is not clear.

As with most of the fictional characters in the book I was careful in naming Shizuka. As you know from previous entries, Japanese names at that time (and today) begin with the family or clan name, in this case Taira (平ら), and end with the given name, in this case Shizuka (静か). The term “no” (の) is similar to a possessive or connective link, and means essentially “of” in this context. The word Shizuka means quiet, and therefore Taira no Shizuka (平らの静か) essentially means Quiet of the Taira family or clan. The Taira clan was a powerful clan at that time, and became even more powerful in subsequent centuries. Like the Minamoto, the Taira were often associated with military prowess. My intent was to imply he is fleet-footed and silent. Please note in modern Japanese names the “no” is generally not used so it is: family name, given name.

I apologize for the one week off from Fact or Fiction. East Lansing, Michigan was  hit with a major snowstorm and it threw my schedule off! I am happy to announce a new element for Fact or Fiction that will begin with Fact or Fiction #20. I am working on the sequel to The Accidental Samurai. The book is called The Shison (Shison is Japanese for descendants). The Shison will be book #2 in the Generations series. To give readers an advance look at some of the characters, I will periodically include characters from The Shison in Fact or Fiction. Of course, I will provide extra information about these characters since the book will not be ready until May. It will be an opportunity to preview some of the story even before the book is available!

Captain Zhu was the original captain of the Hui, the ship that brought Bar-Asher to Japan in The Accidental Samurai. Captain Zhu was accused of being a pirate and killed by those who claimed he owed them goods. So was Captain Zhu a real person?

No, but he is based on real people. In The Accidental Samurai it is clear that Captain Zhu and the Hui were involved in trade between the Kingdom of Silla (Taken over by the Kingdom of Goryeu by 964)  on the Korean Peninsula and the Chinese Port of Ningbo (Mingzhou at that time). This was an important trade route at that time and many merchants were engaged in trade. If a merchant was involved in what we might call today “shady dealings,” the line between merchant and a pirate was most likely in the eye of the beholder. The implication in the book is that Captain Zhu was a legitimate merchant who sometimes resorted to piracy or at least questionable dealings. There were many legitimate merchants and outright pirates operating at that time, and it is certainly possible that there was a grey area between the two extremes in which people like Captain Zhu fell. While it cost him his life, it also caused the Hui to be damaged and escape in a manner that led it accidentally to Japan.

Simeon Bar-Asher is a fictional character, but he is based on potentially real roots. As far as we know there were no Chinese warriors—Jewish or otherwise—in Heian-Kyo (Kyoto) during the reign of Emperor Murakami, or any other time in the Tenth Century.There are, however, stories and legends of Jewish warriors—most likely of Persian descent—fighting for the New Song dynasty. These events are recorded on a stela created by the Jewish community of Kaifeng, but the stela was made centuries later and it is unclear whether it depicts real events or an idealized history. Yet, there are numerous accounts of Jewish traders, at least, reaching China as far back as the Tang Dynasty (and some believe earlier). This was hundreds of years before Emperor Taizu assumed power and welcomed foreigners living in China to the new capitol, Kaifeng. Is it possible there were Jewish warriors fighting for Emperor Taizu as he sought to unify Southern China? Absolutely! Is this definite history? Absolutely not! Is it likely? I believe so, at least in small numbers, but I am not a China historian.

What about Bar Asher’s trip to Heian-Kyo? It is an open question whether foreign traders made it to Heian-Kyo in the latter part of the Tenth Century.  Trading and diplomatic ships were generally routed through Hakata (near modern day Fukouka) during the Heian era, but that does not mean there were no foreign traders that came by other routes. In The Accidental Samurai the Hui, the ship on which Bar-Asher sailed, ended up landing near Izumo, far to the North of Hakata due to an unusual weather pattern and damage to the ship from the attack in Silla. Moreover, the Hui did not land directly at Izumo, but rather near a small village which may have had little communication with the Capitol. Also, the arrival of a foreign trading vessel that did not want its arrival announced would have been a great opportunity for the villagers who were suffering high taxation at that time (the book explains that this was so throughout Japan at that time).

Additionally, Chinese Buddhist monks did visit Heian-Kyo during that time, and therefore Li Cheng’s advice that Bar Asher stay at Ninna-Ji made good sense both because the Temple would likely be more welcoming to foreigners than the surrounding community, and because a foreigner might be less noticeable if staying at a Temple outside the central city. Bar-Asher’s other adventures in Heian-Kyo are fictional, but that is the joy of historical fiction. Authors can tell a thrilling fictional story set in a meticulously researched setting that was once real!

fravitch@law.msu.edu
Follow Hello, and welcome to my fiction site! on WordPress.com

My Tweets
Hello, and welcome to my fiction site!
Blog at WordPress.com.
Loading Comments...